Falls remain the leading cause of hospitalization of seniors in Canada [1], with 16% of falls occurring while walking on snow or ice. Slippery surfaces are a common cause of falls [2]. Therefore, we can reduce falls with better slip-resistant footwear [3]. However, we do not have credible methods for testing footwear slip-resistance that account for the variability of dynamic human movement.

Using WinterLab, we have a developed a protocol to test footwear by having participants walk up and down slippery slopes. WinterLab is a 5m by 5m self-contained lab where we have the ability to lower the temperature below zero to create snow and ice. This lab can be attached to our 6 degree of freedom motion base to create slopes up to 22 degrees as shown below. 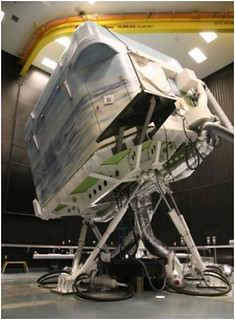 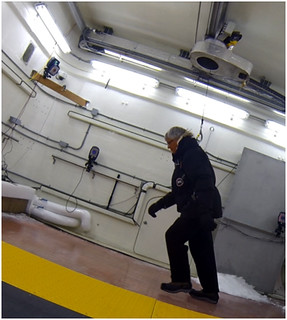 The slope of the room is increased from level for a given pair of footwear until we start to see slips occurring. The maximum achievable slope for given footwear/surface combination can be used to define the slip-resistance of a pair of footwear. An example of the testing process is shown in the videos below.

We plan to develop rating and labeling systems (with the results of our work posted to a website) to make it easier for consumers to compare the slip-resistance of different footwear.

Slip-resistance ratings and labeling systems will make it easier for consumers to purchase slip-resistant footwear and as a result increase their balance and safety. We expect publishing our results to a website will also cause footwear manufacturers to improve the slip-resistance of their footwear.

Which footwear would you choose? 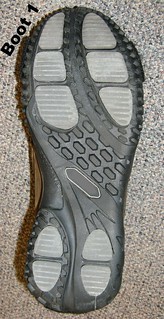 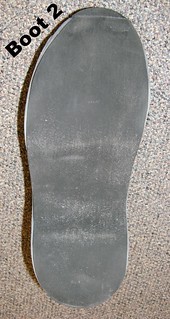 Dry Ice With a Dusting of Snow:

Boot 2 sticks to ice much better than Boot 1 despite the lack of a tread pattern. These videos demonstrate the important point that material properties of the outsole are more important than the superficial features like the tread pattern. A good analogy is the difference between all-season and winter tires. They may be difficult to tell apart visually but they perform very differently on snow and ice. We were intrigued by the performance of Boot 2 and so we studied it further. Under an electron microscope, you can see glass fibres protruding from the surface of the material. 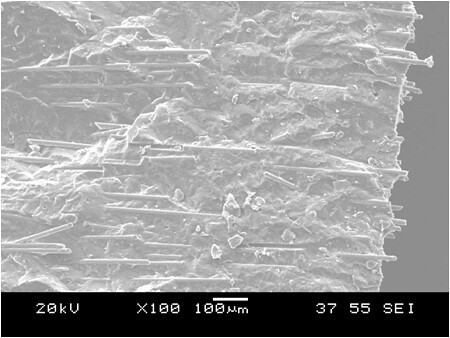 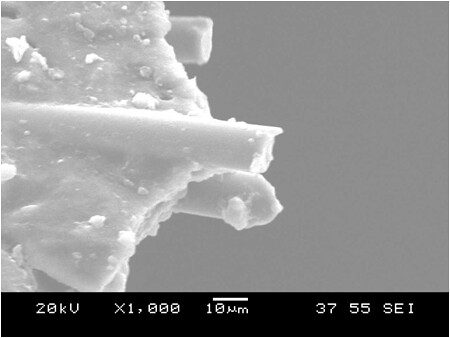 Boot 2 is a prototype is not available on the market. Likely, material used in Boot 2 would be manufactured including a tread pattern. To make it easy to test the material quickly, we were provided these boots with the flat rubber sole to allow for a quick slip-resistance test. The last video demonstrates that there is still more work to be done – the performance of Boot 2 drops dramatically if there is a dusting of snow on the ice surface. Further challenges are finding inexpensive ways to manufacture this material and overcome it’s wear problem since our testing has shown the material starts to loose its slip-resistance with use. We have developed our own material that includes embedded glass fibres to try and address these challenges.